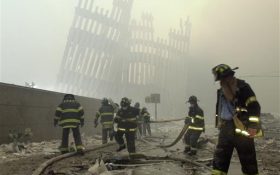 Hundreds of relatives of those killed on Sept. 11 have sued Saudi Arabia, joining many others who have tried to hold the kingdom responsible for the attacks.

Earlier attempts to hold Saudi Arabia responsible over the past 15 years have failed. Fifteen of the 19 attackers who hijacked planes to carry out the attacks in New York, Washington and Pennsylvania were Saudis.

The 9/11 Commission report found “no evidence that the Saudi government as an institution or senior Saudi officials individually funded” the attacks. But the commission also said there’s a “likelihood” that Saudi-government-sponsored charities did.