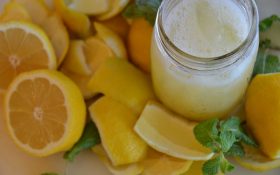 Andrew Emery wants to help his parents pay for the medical bills for his little brother Dylan. The infant suffers from Krabbe disease, a rare and often lethal neurological condition.

So on Saturday, Emery spent two hours at used truck dealership Southern Wheels in Greenwood, selling lemonade and #TeamDylan t-shirts. He raised $5,860 to be added to $1,300 raised at a Friday benefit concert and $5,600 from a GoFundMe site for his brother, currently in a Pittsburgh hospital.

Andrew told The Index-Journal of Greenwood that he wants to buy his baby brother a teddy bear along with paying his medical bills.