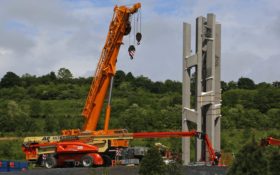 The final phase of the Flight 93 National Memorial is underway and on track to open on the 17th anniversary of plane’s crash into a Pennsylvania field during 9/11.

United Airlines Flight 93 was en route from Newark, New Jersey, to San Francisco on Sept. 11, 2001, when hijackers seized control and redirected the plane toward Washington, D.C. But 40 passengers and crew members fought back, and the hijackers responded by crashing the plane into the field near Shanksville, about 60 miles southeast of Pittsburgh. 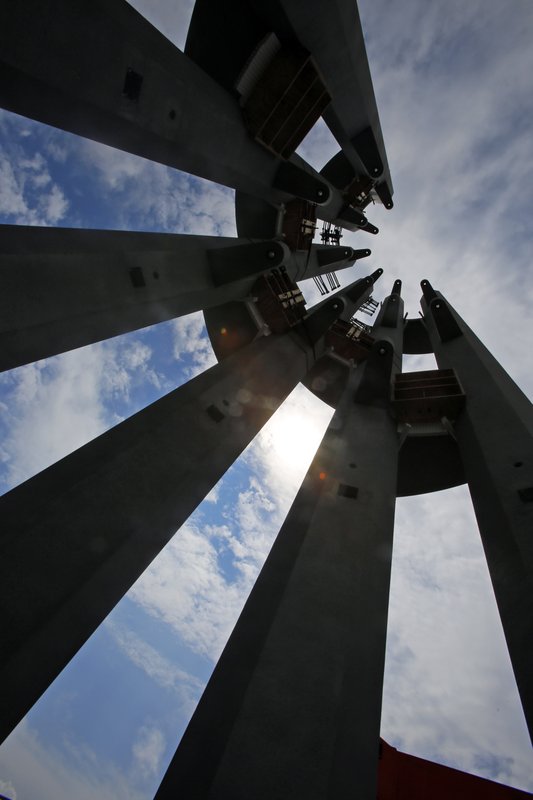 Amid the remote, rolling hills, a national park has taken shape to honor the victims. The final phase of memorial will include a 93-foot tower at the entrance with wind chimes for each of the victims and a grove of trees, called the Tower of Voices.

“So many are looking forward to the dedication of this tower because it will be a sense of completion,” said Stephen Clark, the park’s superintendent.

A memorial plaza was completed in time for the 10th anniversary of the attacks in 2011. It features a white stone wall, which traces the path of the doomed flight, with separate panels for each victim’s name.

An immersive visitor center, completed in 2015, sits on a hill overlooking the crash site. It uses photos, video, artifacts and interactive displays to tell the story of Flight 93, the only jetliner among the four commandeered by terrorists that failed to reach its intended target. Two planes crashed into the World Trade Center towers in New York and one slammed into the Pentagon outside Washington. Nearly 3,000 people died.

The center’s 10 exhibits are laid out chronologically, with visitors learning how the 33 passengers and seven crew members — at least some of them already aware the nation was under attack — voted to charge the cockpit and then fought to regain control of the plane.

The center’s stark exterior concrete walls are split by a black granite walkway that marks the doomed plane’s flight path.

Only relatives of the 40 passengers and crew who died are allowed to enter the actual crash site. Later this year, the remaining wreckage of the plane will be buried at the site.

The 93-foot-tall tower is being installed near the park’s entrance and will feature 40 tubular metal wind chimes, one each for the 33 passengers and seven crew members who died. It’s designed to serve as a visual and audible reminder of the heroism of those on board. Each chime will have a different tone, or voice. 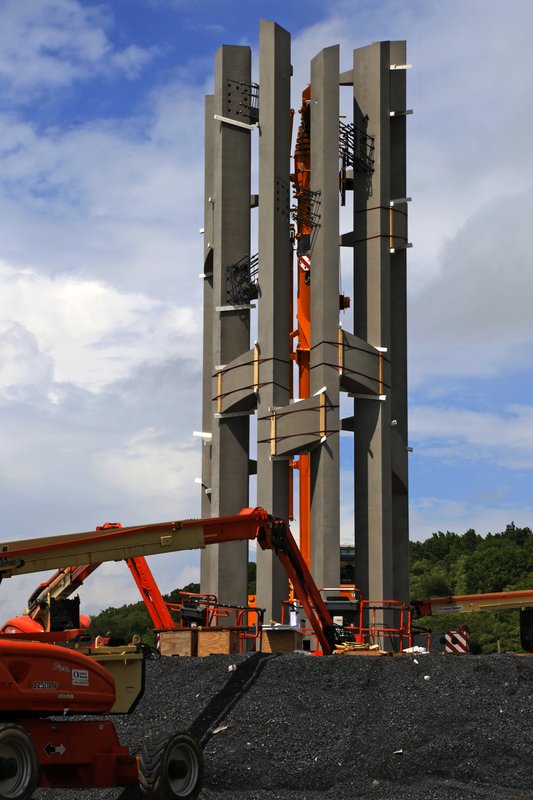 “The intent is to create a set of 40 tones, or voices, that can connote through consonance the serenity and nobility of the site while also through the dissonance recalling the event that consecrated the site,” according to a description by primary architect Paul Murdoch.

The National Park Foundation, a charity that works to fund National Park Service projects, raised $46 million from 110,000 private donors, which includes $6 million to design and construct the Tower of Voices. The remaining $40 million has already been earmarked to transform the field into a national park.

Groves of trees have already been planted around the site, and volunteers are planting 150,000 seedlings.

The Tower of Voices won’t be open to the public until the dedication ceremony, set for Sept. 9 at 1 p.m.

There will be seating for 5,000 members of the public, who can enter on a first-come, first-served basis.

Many family members of the victims have come to the site once or twice, and others not at all, Clark said. He thinks this final segment will draw many more loved ones who feel it will bring a sense of completion.

“Just as an American seeing this memorial evolve over the years, it’s really something to behold,” he said.