7th teenager enters Kansas governor race... and he's not even from the state! - The Horn News 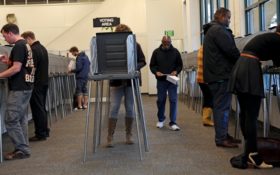 The field of teenage candidates running for Kansas governor has grown to seven, and the latest contender isn’t even from the state.

The Topeka Capital-Journal reports that 18-year-old Conner Shelton, a University of Delaware student from Lancaster, Pennsylvania, was inspired to enter the race when a man launched a short-lived campaign for his dog, Angus. Elections officials put the brakes on the dog’s candidacy, but Kansas doesn’t have an age or residency requirement, which lawmakers are seeking to change.

Six other teens have entered the race, but Shelton is the first who isn’t from Kansas. The chemical engineering major described his candidacy as “an experiment of sorts.”