77% of voters agree on Trump (Hint: Liberals hate this) - The Horn News 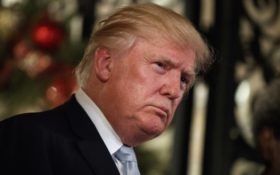 The mainstream media wants you to believe that President Donald Trump is extremely unpopular. Since the election, the liberal spin machine has been on full attack.

Democrats and the liberal media refused to give Trump a chance to lead, and began attacking his leadership immediately.

But does the average American agree?

That means only 4.16% of the over 13,700 voters that responded rated Trump a “C – Average” or below, while more than 95% reported being very happy with his presidency.

Of course, don’t take our word for it. The Horn News readers are mostly conservatives, after all.

So what do average Americans think of Trump’s job so far?

In case you missed it the first time, you can vote in our Trump’s 50-day report card poll here —