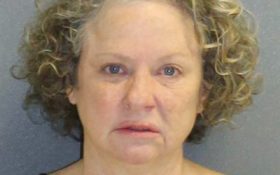 A white woman stopped on suspicion of drunken driving in Florida told a black deputy she would have the Ku Klux Klan burn crosses on his yard.

The Volusia County Sheriff’s Office says the deputy responded to a report of a disturbance last week and found Edwards backing up into the driveway of her home in DeLand, Florida. An arrest report says Edwards smelled of alcohol, had slurred speech and was unsteady on her feet.

The Daytona Beach News-Journal posted audio of the threats, recorded by the deputy’s body camera.

Her attorney in the public defender’s office didn’t respond Friday to an email seeking comment.