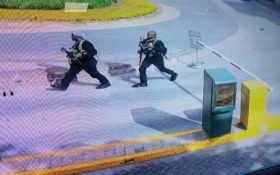 “All the terrorists have been eliminated,” President Uhuru Kenyatta said in announcing an end to the overnight operation to secure the complex in the capital, Nairobi.

In a televised address, Kenyatta did not say how many attackers were involved. He said more than 700 people were evacuated during the security operation and urged Kenyans to “go back to work without fear,” saying the East African country is safe.

Associated Press video from inside the hotel showed Kenyan security officers searching the building and scared workers emerging from hiding while gunfire could be heard. Some climbed out a window by ladder. One man got up from the floor where he appeared to be trying to hide under a piece of wood paneling, then showed his ID.

Sporadic gunfire could be heard while scores of people were rescued at daybreak during what police called a “mopping-up” exercise. A new blast was heard in the afternoon as witnesses said security forces were making a sweep of the complex for any explosives.

Al-Shabab — the extremist group allied to al-Qaida and based in neighboring Somalia — claimed responsibility for the carnage at the DusitD2 hotel complex, which includes bars, restaurants, offices and banks and is in Nairobi’s well-to-do Westlands neighborhood with many foreign expatriates. Al-Shabab carried out the 2013 attack at the nearby Westgate Mall in Nairobi that killed 67 people.

Most of the victims were Kenyans, a mortuary attendant said. The U.S. State Department confirmed that an American citizen was among the dead, and the company I-DEV International confirmed that its co-founder, Jason Spindler, had been killed. The British high commissioner in Kenya said at least one British national had been killed, without giving details. 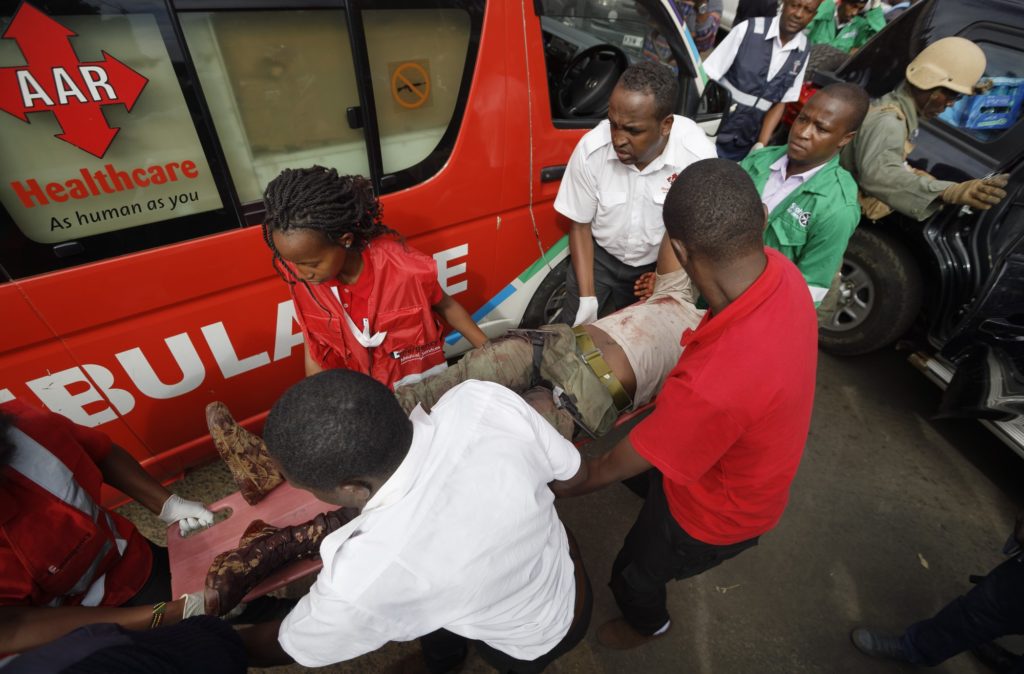 Two local victims had been working on a fund to “bring peace and prosperity to Somalia through more than 100 local community initiatives,” the London-based Adam Smith International said of its employees.

Kenyan authorities sent special forces into the hotel to flush out the gunmen. Scores of people were rushed to safety in the early morning hours as explosions and gunfire continued.

“To God be the Glory. We have been rescued. Over 50 people in my group. No injuries,” tweeted a Kenyan businesswoman, Aggie Asiimwe Konde.

Describing the ordeal, Lucy Wanjiru said she had been trying to flee when she saw a woman on the ground floor get shot. She ended up in a washroom with several other scared people. Her friend Cynthia Kibe stayed in contact with her by phone overnight. 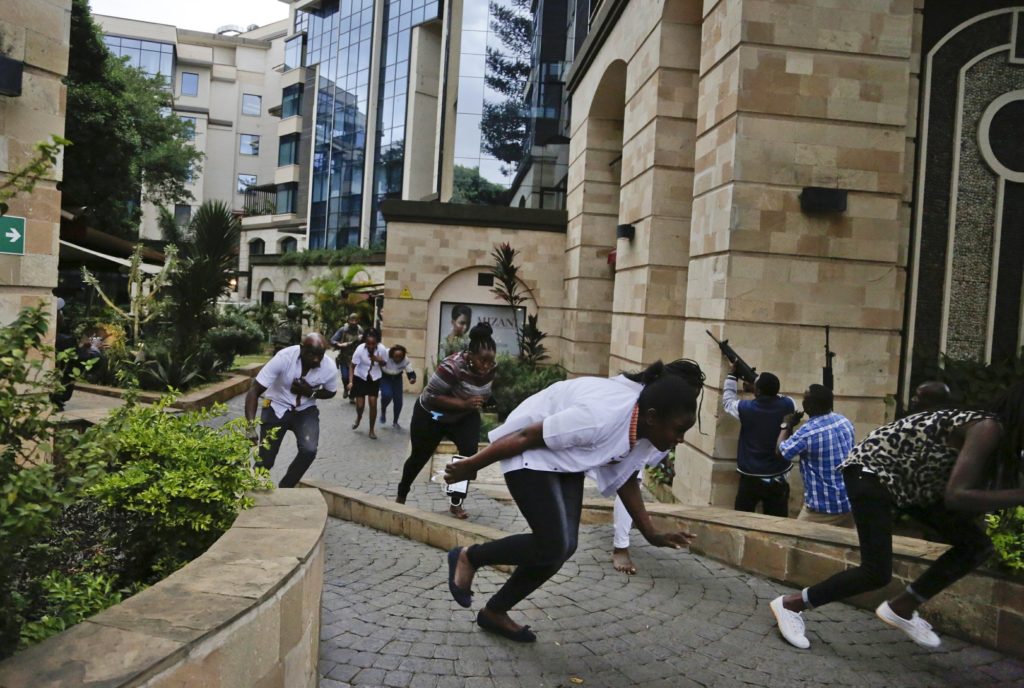 “I think I panicked when she told me that the gunshots are next to her,” Kibe said. “I had to keep telling her ‘Just wait, help is on the way, they are almost there, they are almost there.’ And then at one point she was like, ‘Please tell me I am getting out of here alive’ and then it was just like my breaking point.”

Mourning families and friends gathered at a nearby mortuary.

“I am a Muslim and I am Somali, I am Kenyan living here, and in that way I can assure you if al-Shabab found me today they call us what they call ‘Mortad’ (apostates), that is, someone who works against them and they wouldn’t differentiate me from yourself,” said Mohamed Yasin Jama, a friend of two colleagues killed.

The coordinated assault began with an explosion that targeted three vehicles outside a bank, and a suicide bombing in the hotel lobby that severely wounded a number of guests, said Kenya’s national police chief, Joseph Boinnet. 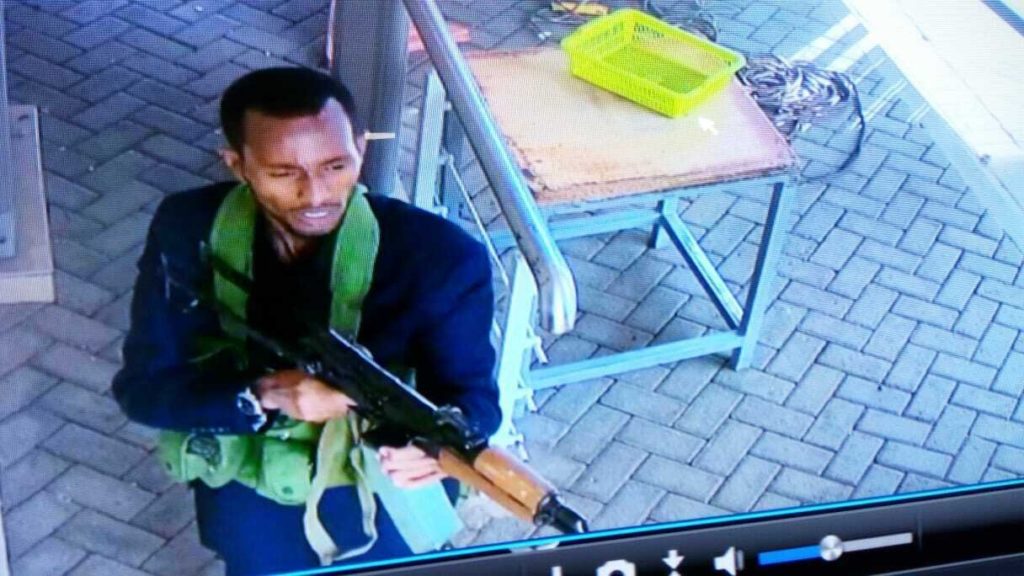 Kenyan hospitals appealed for blood donations even as the number of wounded remained unclear.

Sponsored: Atheists are INFURIATEDat this video

Like the attack at the Westgate Mall, this one appeared aimed at wealthy Kenyans and foreigners.

It came a day after a magistrate ruled that three men must stand trial in connection with the Westgate Mall siege.

Al-Shabab has vowed retribution against Kenya for sending troops to Somalia to fight it since 2011. Tuesday’s violence came three years to the day after al-Shabab extremists attacked a Kenyan military base in Somalia, killing scores of people.

The group has killed hundreds of people in Kenya. In the deadliest attack, al-Shabab claimed responsibility for an assault on Kenya’s Garissa University in 2015 that killed 147 people, mostly students.

The latest carnage demonstrated al-Shabab’s continued ability to carry out spectacular acts of bloodshed despite a dramatic increase in U.S. airstrikes against it under President Donald Trump.