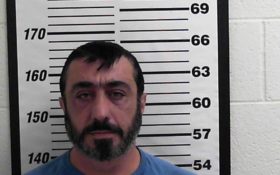 A California businessman accused of leading a nearly $500 million biodiesel fraud scheme was actually being used by a Utah polygamist who didn’t want to share the proceeds with his community, a defense attorney said Thursday.

Kingston was raised in a “toxic environment” where he learned to lie and carry out government fraud by an “incestuous” polygamous group that lives by what they call “bleeding the beast,” said Geragos, making polygamy central to the case. The northern Utah-based Davis County Cooperative Society, also known as the Kingston Group, has a male-dominated hierarchy and Kingston utilized Dermen’s connections to Turkey to avoid sharing the millions he brought in with higher-ups, Geragos said.

“They deal in fraud. That is all they’ve ever done,” Geragos told jurors. “At the end of the day, you’ll find that all roads lead to Jacob Kingston.”

A spokesman for the group, Kent Johnson, called the allegations “categorically false” in an emailed statement Thursday. He said the cooperative “condemns in the strongest terms fraudulent business or personal practices and stresses that this behavior goes completely against our beliefs and principles.” Members of the group practice polygamy and own hundreds of businesses.

Dermen has pleaded not guilty to 10 counts, including money laundering and mail fraud.

Dermen is a reputable businessman who has owned gas stations and a trucking company for 25 years, said Geragos, a Los Angeles lawyer who has represented Michael Jackson and other celebrities. The monetary transactions cited in the case by prosecutors were all legitimate, he said.

Prosecutors painted a starkly different picture for jurors, saying Kingston and his brother teamed with Dermen two years into the scheme in exchange for protection by what Dermen called his “umbrella” of law enforcement and government sources.

Dermen pushed the Kingstons to expand the operation exponentially by using burner phones, elaborate money transfers through Turkey and Luxembourg, and shipping fuels from countries such as Ireland and India through Panama, U.S. prosecutor Leslie Goemaat said during her opening statement.

Dermen told the others to launder the money by buying million-dollar luxury cars and houses, she said.

She told jurors that the men aimed to defraud the government of $1 billion but only received $470 million before their final claims in 2015 were rejected. A federal investigation was started weeks later and the three men were indicted in 2018.

The business involved in the scheme, Washakie Renewable Energy, once described itself as the largest producer of clean burning and sustainable biodiesel in Utah.

Prosecutors say the company was actually creating fake production records to get renewable-fuel tax credits, then laundered the proceeds from 2010 through 2016.

Instead of making its own biodiesel, as required in the program, the company was allegedly buying and selling biofuels from other places. Dermen bought some of that second-hand biofuel and sold it at his gas stations, prosecutors allege.

Jacob Kingston and his brother Isaiah Kingston owned a renewable energy company used in the scheme. They pleaded guilty last year to money fraud and other charges and are expected to testify against Dermen during the trial that may last a month or longer.

Goemaat said Dermen traveled with bodyguards and in private planes and an armored car with bulletproof windows. He has close contacts with government and police contacts, but the prosecutor didn’t reveal their names or locations.

She referred to him by his original name, Levon Termendzhyan, which he changed to Lev Aslan Dermen. She said he loves lions and “Aslan” means lion in Turkish.

Geragos said Dermen changed his name because he planned to move to Turkey after his wife died and he wanted to avoid ethnic persecution aimed at people of Armenian descent.