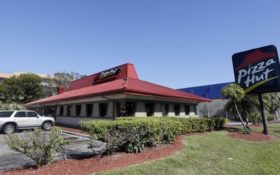 The Kanawha-Charleston Health Department says a McDonald’s on Patrick Street in Charleston, a Pizza Hut on Third Street in Saint Albans, Paul’s Poplar Park Drive Inn in Scott Depot, Sakura on Nitro Place in Cross Lanes and Sam’s Club on Mountaineer Boulevard in South Charleston each had one worker identified.

The health department recommends patrons of the facilities monitor for hepatitis A symptoms and seek medical attention if symptoms occur.

The Centers for Disease Control and Prevention says hepatitis A is a communicable disease of the liver caused by a virus. It is usually transmitted person-to-person or by consuming contaminated food or water.