340 presidential artifacts coming to THIS library - The Horn News 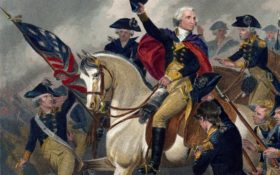 History scholars are getting a new trove of priceless presidential papers to pore over at Southern California’s Huntington Library, Art Museum and Botanical Gardens.

The Huntington announced Thursday that 340 artifacts focusing on presidential administrations from the 18th to the 20th centuries are being donated by L. Dennis and Susan R. Shapiro from their personal collection.

Among the papers are numerous letters between the nation’s second and sixth presidents, John Adams and his son, John Quincy Adams. Other papers include letters from first ladies Dolley Madison and Abigail Adams.

“I collected the Adamses because I personally connected with their feelings toward family and country and felt that they were underappreciated,” Shapiro, a retired chairman and CEO of Lifeline Systems Inc., said in a statement. “But the wisdom of these two men, made evident in their frequent correspondence, speaks volumes about human dignity and empathy and the deep connection between them.”

The collection will anchor a new Shapiro Center for American History and Culture that Huntington officials say will provide online access to more of its historical documents.

The center will also fund a biennial book prize for scholarly works and two additional fellowships for American history and culture researchers, as well as lectures and exhibitions.