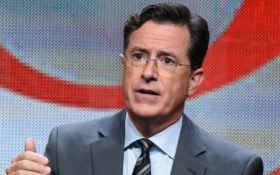 In the past, the late night talk show circuit was free of petty politics. Conservatives and liberals alike were lambasted by comedians, and the hosts generally had the good graces to stay away from political grandstanding.

Unfortunately, the days of Johnny Carson are long gone.

Instead, modern late-night shows have become a haven for nasty know-it-all leftists — and this week, three of them just got in SERIOUS trouble.

Here’s what happened — and the devastating response that could see at least one of them fired.

Samantha Bee, a protege of The Daily Show‘s Jon Stewart, is an outspoken liberal comedian that recently hosted the controversial “Not the White House Correspondents’ Dinner” on the same night as the actual dinner.

Additionally, the host of the late-night talk show Full Frontal went on CNN’s “State of the Union” Sunday to explain there’s “no smug liberal” problem here in the United States.

But not all is well.

Turns out, Bee doesn’t practice all she preaches. She and husband Jason Jones (another former Daily Show writer) are very rich, very white… and are deeply involved in an old-school Democrat fight at home: segregation.

According to The Daily Wire, Bee and Jones don’t “want the city of New York to move his children’s school to a location that would make it more accessible to poor, black kids” and have been caught actively fighting to keep their school district separate from minority-heavy areas.

Even worse, the two were caught trying to hide the information from the media.

“One P.S. 452 parent speaking out against the move is comedian and former Daily Show correspondent Jason Jones, who’s married to Samantha Bee. ‘To portray any opposition as classist or racist is as bad as it can get,’ Jones told WNYC. And elsewhere: ‘We are not divided,’ he said at a public hearing about the proposal, ‘we are absolutely united in wanting what’s best for our children,’ then encouraged fellow parents not to talk to the press about the controversy,” Slate reported.

CBS’ “The Late Show” host Stephen Colbert is facing serious backlash for a nasty homophobic attack against Donald Trump — and it could cost the liberal funnyman his job.

SHOCKING: How to ELIMINATE your joint pain in 21 days [sponsored]

“Sir, you attract more skinheads than free Rogaine. You have more people marching against you than cancer. You talk like a sign language gorilla that got hit in the head,” Colbert said of the president. “In fact, the only thing your mouth is good for is being Vladimir Putin’s c**k holster.”

That last statement drew swift and angry condemnation from social media, and the hashtage #FireColbert has been trending on social media ever since.

Could you imagine the outrage if a conservative pundit like Sean Hannity or Rush Limbaugh said the same thing about former President Barack Obama?

The country would suffer through long-winded editorials on the front page of The New York Times about conservative’s culture of hate.

It’s time for equal treatment, conservatives say — and many critics responded to Colbert’s hate speech by calling for a campaign to pressure advertisers to drop the show.

Colbert wasn’t the only liberal celeb embarrassed by his Monday rant.

ABC’s late-night show host Jimmy Kimmel gave an emotional speech about his newborn’s terrible heart condition and made an emotional plea to his audience.

“You know, before 2014 if you were born with congenital heart disease — like my son was — there’s a good chance you’d never be able to get health insurance because you had a pre-existing condition,” Kimmel said.

Before we go on, we want to acknowledge that our hearts go out to the Kimmel family in this difficult situation. Our prayers are with them during this difficult time — but using an emotional moment to influence national politics is wrong.

“Let’s stop with the nonsense. This isn’t football, there are no teams. We are the team, it’s the United States. Don’t let their partisan squabbles divide us on something every decent person wants.,” Kimmel said, referring to Obamacare.

Critics were less than thrilled.

“That’s the favorite political tool of the left — emotion — followed closely by deception. It’s one Barack Obama used frequently to bring his Obamacare to fruition, citing unproven, twisted tales of health care sorrows,” according to The Washington Times. “It’s one Democrats use frequently to press the likes of gun control, or education funding, or Planned Parenthood funding. Now it’s one Kimmel used to further the idea the country just can’t go back to a time when Obamacare didn’t exist.”

As for the White House, they were thankful for Kimmel’s pro-Obamacare rant — because it gave President Donald Trump’s administration the opportunity to explain why they’re fighting for repeal at all.

“See, Kimmel’s rant is exactly why America must repeal and replace Obamacare. Too many are left behind by the broken, expensive and mismanaged system. We’ve got a health care system that’s not doing what it’s supposed to,” White House Press Secretary Sean Spicer said in response to Kimmel’s rant.

“It’s failing. It’s costing too much… and what the president is trying to do by working with these members of Congress is to make sure we have the strongest possible health care system that covers [taxpayers], that gives them the care that they need… That allows them to go see a doctor, covers pre-existing conditions, and does so in a way that’s not going to be out of range and unaffordable for most Americans,” Spicer said.

Comment “#FireColbert” below if you agree that it’s time to get rid of liberal late-night shows.