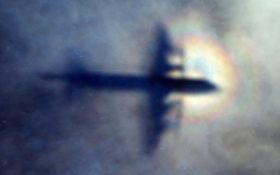 Spanish police were searching for 14 people who ran from a plane at Barcelona’s airport after it made an emergency landing Wednesday to obtain assistance for a pregnant woman who allegedly simulated that she was about to give birth, authorities said.

The office for Spain’s government in the Catalonia region said the incident occurred when a Pegasus Airlines flight from Casablanca, Morocco, to Istanbul with 228 passengers on board requested the emergency landing at Josep Tarradellas Barcelona-El Prat​ Airport.

As the woman was getting evacuated from the plane, 27 passengers exited the aircraft without authorization and “tried to flee,” officials said.

Police stopped 13 of them. The other 14 managed to elude the police at the airport and remained at large.

The woman who was thought to be in labor was detained on charges of public disorder after doctors at a hospital determined that, although pregnant, she was not about to give birth.

Of the 13 fleeing passengers grabbed by police, five agreed to get back on the plane and continue on to Istanbul. The other eight were getting processed for non-admission to Spain and expected to be put on another Pegasus flight out of the country, officials said.

The Spanish government’s office did not divulge the nationalities of the passengers.