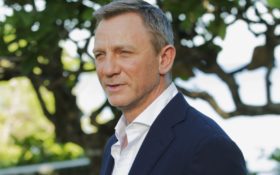 Producers announced the moniker Tuesday for the film that has long been referred to simply as “Bond 25.”

A few setbacks have marked the production. An explosion during shooting at Pinewood Studios in June injured a crew member and damaged the sound stage. Craig hurt his foot in May while performing a stunt in Jamaica that required minor ankle surgery.