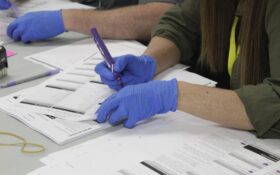 A 23-year-old has defeated a two-term incumbent to become a small Louisiana city’s next mayor.

“I’m honestly at a loss for words,” Truong said. “This campaign was never about me; it was about building a better Bogalusa and a better city, and I’m glad everybody got out to vote, because it was a team effort, truly a team effort,”

Perrette, who was first elected in 2014, conceded.

“I wish the mayor-elect well, but young Tyrin has demonstrated repeatedly during this campaign that he lacks the skills necessary to lead and unite our city,” Perrette said in a statement to WWL. “I pray I am wrong. During the transition period, I will help any way that I can.”

With all participating precincts reporting Wednesday, Truong was in first place, followed by independent Teddy Drummond and, in third, Perrette, according to unofficial returns published by the secretary of state’s office. Voter turnout was 47%.