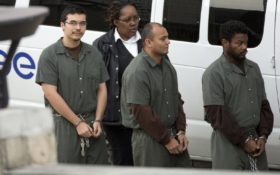 A Texas man who planned to travel overseas and shared information on making bombs and using machetes has pleaded guilty to trying to join the Islamic State group.

Damlarkaya, who is a U.S. citizen, was arrested in December 2017 following an undercover FBI investigation. He remains in custody pending sentencing in Houston and faces up to 20 years in federal prison.