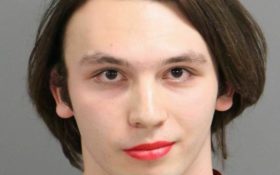 Police say they arrested two people who climbed and placed Ku Klux Klan hoods on statues at a Confederate monument in North Carolina.

News outlets report that Enzo Niebuhr and Jody Anderson were detained Sunday during a protest near the North Carolina Women of the Confederacy monument. The monument is in the capital of Raleigh near the Statehouse.

Police said Niebuhr and Anderson are charged with defacing a public monument and disorderly conduct. The reports did not say whether the two have attorneys who can speak on their behalf.

The news outlets quote the “Smash Racism Raleigh” group as saying that its members were holding a peaceful protest to provide context about the history of the statues. The group says Niebuhr and Anderson shouldn’t have been arrested.