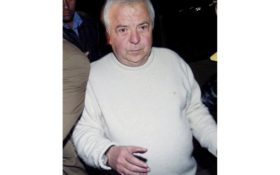 One of the world’s major cocaine kingpins, a co-founder of Colombia’s Cali Cartel that smuggled some $2 billion in drugs to the U.S., is seeking compassionate early release from a federal prison because of ill health.

Gilberto Rodriguez-Orejuela, 81, is asking a Miami federal judge to let him return to his family in Colombia because he suffers from prostate and colon cancer. Rodriguez-Orejuela has served about half of his 30-year prison sentence under a 2006 plea deal.

“He has been in various jails for the past 25 years,” his attorney, David O. Markus, said in an email Thursday. “Our system allows judges to be compassionate, and that’s what we are asking for here.”

Although not as notorious as Pablo Escobar and the Medellin cartel, Rodriguez-Orejuela and his brother, Miguel, fashioned a sophisticated global smuggling enterprise known for using innovative techniques to hide cocaine in all sorts of legitimate shipments — even such items as frozen vegetables and coffee packages.

Federal prosecutors oppose the release of Rodriguez-Orejuela, contending he has gotten good medical treatment in a North Carolina prison and does not deserve to get out. They cite the huge scope of his crimes.

“Releasing Rodriguez-Orejuela early jeopardizes public safety by diminishing the seriousness of his offense and would send entirely the wrong message about leading such a large scale drug trafficking (operation) and the punishment that must come with it,” Assistant U.S. Attorney Lisa Hirsch said in court papers.

Eat This For a Razor SharpMemory [Sponsored]

At a hearing Wednesday, Miami U.S. District Judge Federico Moreno said he would consider the request but wanted more information on Rodriguez-Orejuela’s health, details of his activities in prison and background on the criminal case. Moreno asked for that information within 30 days.

Under the brothers’ 2006 plea deal, more than two dozen family members were removed from a Treasury Department list designating them as part of the Cali cartel. That spared some of them from prosecution for obstruction of justice or money laundering, and also allowed legitimate family businesses in Colombia to continue operating.

Overall, the U.S. prosecuted about 100 Cali cartel members. Miguel Rodriguez-Orejuela, 76, the co-founder of the cartel along with his brother, is serving his sentence at a federal prison in Pennsylvania, records show.

Gilberto Rodriguez-Orejuela’s lawyer, Markus, said in court papers that he poses no threat to anyone in the U.S. or Colombia and will not seek to resume any smuggling activities if released.

“He has zero interest in re-offending and is instead focused on keeping body and soul together,” Markus said. “Gilberto Rodriguez-Orejuela is truly a changed man in so many ways. We should be thankful for that.”