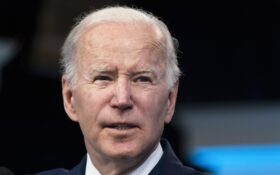 A recent video released by the White House caused a whirlwind of rumors on social media, and left conservatives asking: Is President Joe Biden “deep faked” in the footage?

“You can’t be pro-insurrection and pro-American.” —@JoeBiden pic.twitter.com/ufJxWPruj4

Rumors began to swirl on the internet that the video was a “deep fake” and it was provable because Biden didn’t blink.

Two videos posted within a couple of hours of each other. I mean… you tell me what’s going on here… 🧐 pic.twitter.com/XX2NN53RH9

The rumors grew so loud, BBC studied the footage and found…

The lighting is different than in prior videos, and Biden does look strange.

But it’s really Joesph Biden in the video, not an actor with a “deep fake” superimposed on his face. Even though Biden doesn’t blink doesn’t prove the video is fake, BBC claimed. In fact, a quick look at a longer clip shows it is, in fact, Biden.

A lot of people think you can spot a deepfake because it doesn’t blink, which is actually not correct. A badly made deepfake might not blink, but that is not a categorical sign that it’s a deepfake,” Sam Gregory, an expert on deepfakes, told the BBC.

“There was research done three or four years ago which found that deepfakes didn’t blink, but technology has since improved to enable deepfakes to blink.”