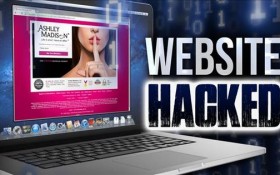 Some 15,000 government e-mail addresses were included in the information dump from hackers who raided Ashley Madison, a notorious website used by people looking for extramarital affairs. This information could compromise American security, because these government employees are now potential blackmail targets.

Hackers posted what they said were the personal details of millions of people registered with Ashley Madison. The website charges users to set them up with other individuals looking to have affairs.

Although many may have signed up out of curiosity and some have little more to fear than embarrassment, the consequences for these government employees could reverberate beyond their marriages.

Many analysts who have scanned the data believe it is genuine.

The hackers’ motives aren’t entirely clear, although they have accused Ashley Madison of creating fake female profiles and of keeping users’ information on file even after users paid to have it deleted. It’s rumored the hackers had demanded a ransom, but didn’t get the payout they were hoping for, so dumped the information.

“In all probability, [the Hackers] motivation is that #1 it’s fun, and #2 because they can,” he wrote.