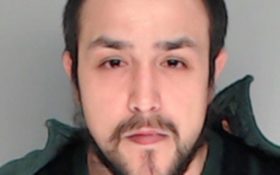 One man has died after he and three others were stabbed during a church service at a private home in Texas, police said Thursday.

As many as 20 people were in the home Wednesday night when an apparent member of the congregation pulled a knife and stabbed four men, said Corpus Christi police Lt. Chris Hooper. He said a 61-year-old man later died of his injuries, while the church’s 54-year-old pastor was hospitalized in serious condition.

Hooper declined to identify the victims on Thursday, but the Nueces County medical examiner’s office identified the man who died as Frank Castillo. No other details were immediately released.

The suspect, 28-year-old Marco Antonio Moreno, immediately surrendered to congregants after the stabbing, Hooper said. Moreno was being held at the Nueces County jail on Thursday on charges of murder and aggravated assault.

“The officers at the scene suspect there is a mental health issue with the offender,” said Hooper, who noted that Moreno has an “alcohol- and drug-related history” with police.

Jail records don’t yet indicate whether Moreno has an attorney who could speak on his behalf.

The Corpus Christi Caller-Times reported late Wednesday that the incident occurred about 7 p.m. at a nondenominational service held by Kingdom Acts Ministries International. Police in the Gulf Coast city were called to the home and found the pastor stabbed in the chest. Police Lt. Jay Clement told the newspaper it wasn’t clear what led to the attack.

Those attending services at the home had been gathering there each day as part of a “40-day pledge,” Clement said, adding that witnesses said the suspect was a parishioner.

In November, a gunman fatally shot more than two dozen worshippers at a church in Sutherland Springs, Texas, before dying of an apparent self-inflicted gunshot wound. Investigators have said that attack appeared to stem from a domestic dispute.