1 dead, 2 sick from disease transmitted by rats in NYC - The Horn News 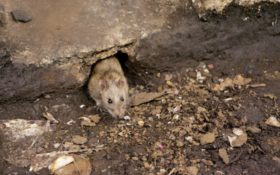 New York City health department officials are targeting a Bronx neighborhood after one person died and two others became severely ill from contracting a rare disease transmitted by rats.

The three cases of leptospirosis occurred in the last two months within a one block radius.

Although New York City typically gets one to three cases of leptospirosis every year, city officials said it’s the first time a cluster of cases has been identified.

“This illness can be serious but is treatable with readily available antibiotics,” health officials said in a statement.

Infections commonly occur through exposure to rat urine. It can be contracted through open wounds and cuts in the skin, or through the eyes, nose or mouth. The disease is rarely spread from person to person.

The city said it’s reducing the rat population in the area and educating residents about the disease.

In a building in which one of the patients was diagnosed with leptospirosis, health officials said they found signs of rat infestation in the basement.

At an emergency meeting Wednesday night, angry residents complained about the rat problem and blasted city officials and the building’s owner for failing them.

Democratic Mayor Bill de Blasio later released a statement saying the city was “working with housing advocates and tenants to lodge an action against the landlord to take over operations.”

Twenty-six cases of leptospirosis were reported in New York City between 2006 and 2016, according to health department figures.